THE CRIMES ENDORSED BY THE WEST: I.C.T.Y. DECISION HAS OPENED THE NEW HUNTING SEASON ON SERBIAN POPULATION IN FORMER YUGOSLAVIA

The latest ICTY decision to free Albanian war leaders and lower ranking commanders, of any wrong doing during the Kosovo’ bloody war for separation from Serbia, just opened the new hunting season on few remaining Serbs, that today still live in Albanian controlled parts of Kosovo and Metohija. Best majority of Kosovo’ Serbs, around 350,000 have been ethnically cleansed from Kosovo and Metohija, following NATO invasion in 1999, which did nothing to prevent it. This way, this ancient Serbian homeland, one of the oldest Christian cradles of civilization in Europe, has been turned over to hostile Albanian Muslim population.

Since then, on the top of the previously mentioned 350,000 expelled Serbs, over 2,000 Serbian people have been abducted by Kosovo’ premier Hashim Thaci and his “right hand” man Ramush Haradinaj criminal networks, many of them to be butchered in Albania for human organs (as recently the special Council of Europe’ report delivered by Dick Marty pointed to…), the rest disappeared without any trace, and most of them are still officially listed as “missing”.

We need to remind you that these horrible crimes happened under the watch of Western’ established International peacekeeping force, and lately under the watch of European mission of law in Kosovo (Eulex). Hundreds of Serbian churches or monasteries have been burned down or desecrated by Albanian mob, many of these objects were under UNESCO protection.

Today, members of Serbian Christian minority are still being murdered, or brutalized in other ways, their property destroyed or stolen, churches and cemeteries desecrated. International peacekeeping force, KFOR and Eulex do little or nothing to prevent it. They consider former terrorist organization KLA (Kosovo Liberation Army- until the beginning of NATO war in 1999 it was officially classified by US administration as a terrorist organization?), today transformed in Kosovo protection force (army) and Kosovo Albanian police- to be their allies.  Judging, by their high “tolerance” for Albanian crimes over Serbian minority, they still consider Serbian people as “enemies”, and as someone “that deserves to be punished”!?

What will happen next- who knows? We live in Balkans… But, there are limits of amounts of injustice, pain, suffering, and human degradation, one nation can consume. Serbs are no exception to this “rule”. It looks to me that “somebody”, with hidden and very dark agenda, is stirring the Balkans towards some new bloody conflict.

I certainly hope not, but only the time will tell…

Albanian youth (Muslim) desecrates Serbian Orthodox Christian church in Kosovo (while it goes up in flames), March 2004- KFOR (NATO) soldiers stood by and did nothing to prevent it. Such crimes (endorsed by the West) against Serbian Christan minority are taking place in Kosovo on a daily basis… In the name of „Western values“? 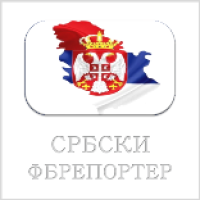