KOSOVSKA MITROVICA — Two Serb men were attacked while they were driving in their car near the municipality of Istok in Kosovo on Saturday afternoon, it has been reported.

Momir Pantić, a former police chief in Istok, was wounded during the incident. He was shot in the arm and transported to northern Kosovska Mitrovica after receiving initial medical treatment in the village of Osojane.

The case has been reported to the Kosovo police (KPS), who said they were looking for the attacker.

KPS regional spokesperson Devat Ibra told Tanjug that the incident happened in the village of Donji Lukavac, and added:

„Considering that it is nighttime, it is possible that the investigation will last until the morning. What I can confirm is that a person of Serb ethnicity was injured today in Suvi Lukavac. We have undertaken all investigative activities related to the incident that happened a little before 17:00.“

Mihajlo Dubajić was in the car with Pantić when they were attacked, and when he said the unidentified attacker stopped them, shot at Pantić from a pistol, and then escaped.

Kosovska Mitrovica Mayor Krstimir Pantić visited the victim in the hospital last night and told the Beta news agency that the incident was „a classic ambush“, and proof that Serbs are not safe in Kosovo.

„Pantić is an internally displaced person who lives in Kraljevo, and he intended to return to Osojane where he owns about 15 hectares of land,“ the mayor said, and added that Pantić told him that „unknown people were following him all day on Saturday, with the intention of killing him“.

According to the mayor, Pantić’s car slowed down on a bend in the road when he saw the attacker, wearing a black coat and a balaclava, who proceeded to shoot „more than five bullets“, of which one hit the victim in the left arm while another grazed his nose.

According to Mayor Pantić, shots fired at a potential returnee were proof that there was no place for Serbs in Kosovo and Metohija.

„The stories about a multi-ethnic and democratic Kosovo all crumble now because Albanians are doing all they can for all Serbs who live in the province to leave, as well as (to prevent) those who intend to return.“

The mayor also accused NATO troops, KFOR, of refusing to help the victim:

„I expect the KFOR commander to, at the very least, apologize for the scandal caused by his soldiers who refused to transport the wounded Serb to the hospital.“

Meanwhile, the Government Office for Kosovo and Metohija called on EULEX and UNMIK to find the attacker. 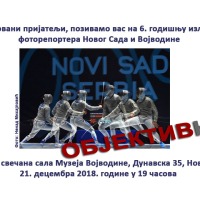 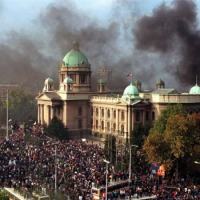