The murder of Serbian children in Gorazdevac, Kosovo and Metohia

The crime in Gorazdevac refers to the murder of two Serbian boys: Ivan Jovovic and Pantelija Dakic and four other children having received serious wounds: Dragana Srbljak, Djordje Ugrenovic, Bogdan Bukmirovic and Marko Bogicevic. This crime was committed by members of former Albanian terrorist group, so called the Liberation Army of Kosovo (KLA). Their aim was to threaten Serbian people and conduct ethnic cleansing of this part of Kosovo.

This crime happened on August 13, 2003 at the coast of river Bistrica near Serbian village Gorazdevac in the vicinity of town Pec in the western part of Metohija.

This terrific crime remained unsolved although high prize was offered to anyone who helped to find perpetrators. EULEX representatives gave up from investigation during which 75 witnesses were examined who gave unspecific and poor statements, so this case was closed.

Authorities of the Republic of Serbia failed to process this crime giving disputable justifications that they didn’t have authorisation for it.

The Federal Republic of Yugoslavia (1992-2003)  is the third country created by the end of April, 1992 during the breakdown of SFRY after proclamation of the Constitution in Žabljak by delegates of Serbia and Montenegro. At this time, intense war was in progress  in what is today Croatia between the forces of Republic of Croatia and Serbs from Krajina who had already created the Republic of Srpska Krajina. Bloody war in Bosnia and Herzegovina was fought between Muslims, Croats and Serbs. War which took place on the territory west of Drina river ended in summer of 1995 when the Dayton Agreement was signed in the USA.

Soon after, American arm companies began to actively support Albanian separatists from Kosovo and Metohija by establishing terroristic camps in the Republic of Albania where they provided Albanian terrorists with arms and logistics. This led to creation of Albanian KLA whose members were illegally transported in the territory of SR Yugoslavia for the sake of plundering, smuggling, destabilization of public peace and safety, and provoking more serious combats with police and the Army of Yugoslavia.

In spring of 1998, conflicts between Albanian terrorists and Serbian policemen and soldiers became more frequent and intense finally resulting in the open war in summer of 1998, with a lot of casualties on both sides.

Albanian separatists were supported by the western countries all the time. NATO sent threats about its intervention and in order to avoid it Belgrade was supposed to decrease the number of policemen and soldiers in Kosovo. In Autumn of 1998, NATO began to accumulate its soldiers and technic in Vardar Macedonia and the Republic of Albania. With the Milosevic-Holbrooke Agreement aggression against SRJ was avoided on October 13, 1998.

Next year, on January 15, 1999, a confrontation broke out between Serbian police and Albanian terrorists in the village Racak, Shtimlje municipality. This was falsely reported by the western media on the order of William Walker, the chief of the Kosovo Verification Mission, that Serbian policemen killed Albanian civils. This case served as a trigger for aggression and bombing of SRJ after many attempts to avoid it by negotiations between Serbian representatives and Kosovo Albanians. As these failed, American general Wesley Clark ordered bombing, a genocidal action known as “Merciful Angel”. 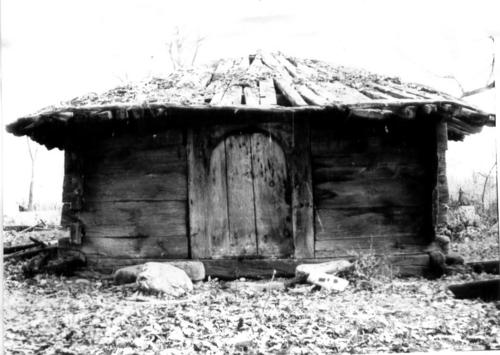 The village of Gorazdevac was first traced back to the time of the king Stefan Prvovencani who mentioned this village in his charter issued around 1220. in Zica monastery. Census, conducted in 1485, at the time of the Otoman rule, indicated that the village had 28 Serbian houses with the home of a Serbian priest among them. The village had often been attacked by Albanians but with no success. The village possesses a cabin from the 16th century.

Gorazdevac is the largest Serbian village in Metohija which has around 1000 residents of Serbian nationality. The city hall of Pec and its district is located there after invasion of Kosovo and Metohija in June 1999. Until 1999 a textile plant operated in the village but from 2000 to 2008 it served as NATO base on Kosovo.

On August 13 around 1:20pm six children who lived in the village of Gorazdevac came to the coast of river Bistrica to swim and play games. They didn’t suspect that it could be fatal. Gorazdevac is the largest Serbian village in Metohija where after 2000. around 2.000 residents returned to their houses after the war, which was negatively received among their neighbours from Albanian villages.

In nearby bush the group of well armed terrorists from former KLA hid, having fired 90 bullets in direction where six children were playing: Pantelija Dakic (12) and Ivan Jovovic died immediately while  Dragana Srbljak (13), Djordje Ugrenovic (20), Bogdan Bukmirovic (14) and Marko Bogicevic (12) were seriously wounded. Deadly bullets were fired from the direction of Albanian village Zahac.

Bogdan Bukmiric was wounded with 7 bullets and his spleen was damaged.  His neighbours took him to the ambulance in Gorazdevac where bleeding was stopped, but that was not enough. He needed better treatment. Two neighbours took him to the hospital in Pec. When they came to the town, near the market, the car suddenly stopped which was noticed by passing by Albanians who attacked them and destroyed the car. Two patrols of KFOR accidently came and took them to the hospital. The patients of Albanian nationality rejoiced for their misfortune and made derogatory comments. Thanks to the engagement of doctor Milena Cvetkovic, Bogdan was sent to Belgrade via Kosovska Mitrovica, where he had 4 serious interventions at the Military Medical Academy. On August 19, he woke up from coma. Today he lives in Belgrade.

After this cruel crime Serbian residents began to leave Gorazdevac. On August 17, 2003 the fire on Serbian children repeated, but without consequences. Today only 700 people remained.

After two hours the UNMIK police closed all ways to the village and initiated investigation. Investigation lasted for several years, but without success. UNMIK representatives gave serious statements that killers of Serbian children would be found and punished (commissioner of UNMIK STEFAN FILER). The Security Council of the UN held an emergency session due to this case.

Monument of Serbian victims in Gorazdevac

The prize of 1.000.000 dollars was offered to those who help to find the perpetrators. This also didn’t help. More than 75 witnesses were examined but nobody gave significant information. Nobody dared to break the rule of silence. Witnesses clearly feared for their personal safety and their statements were unclear and poor. The investigation was canceled in 2011. Families and friends suffered.

EULEX inherited this case from UNMIK but investigation were conducted carelessly. EULEX has more than 1000 unsolved cases in which Serbs were victims and Albanians were perpetrators.

Bogdan Bukmirovic still fights for justice. From July 2007, he regularly refers to European courts with aim to bring killers to justice.

LEST WE FORGET, LEST WE REPEAT!