The United States has mastered the art of undermining its targets by fomenting domestic terrorism, and then laying the responsibility on them for the crimes sponsored by Washington itself. This method affords it the possibility both to justify military intervention and to carry it out without risk. The well-oiled scheme described here by Edward S. Herman is now being applied in Syria. 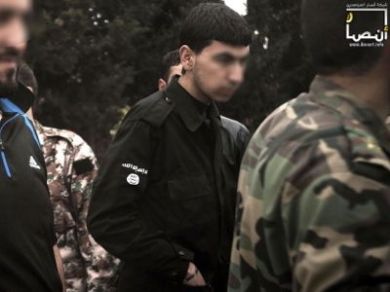 An Al-Qaeda operative who arrived in Syria with Western officials. Why change a recipe that works?

During the Vietnam War, a sign over one of the U.S. army bases read “Killing Is Our Business, and Business Is Good.” Well, it was a very good business in Vietnam (and Cambodia, Laos, and Korea as well), the number of civilian deaths running into the millions. And it has been quite respectable in the years after Vietnam. The killings have been carried out both directly and via proxies on every continent, as U.S. “national security” has required bases, garrisons, assassinations, invasions, bombing wars, and the sponsorship of killer regimes, real terror networks, and programs everywhere in response to terrorist threats and challenges to the “pitiful giant.” Jan Knippers Black pointed out years ago in her great book that “national security” is a wonderfully elastic concept, expanding in accord with “what a nation, class or institution…thinks it should have,” with the result that it is those “whose wealth and power would appear to make them most secure who are, in fact, most paranoid, and who, by their frenetic attempts to ensure their security, bring on their own destruction.” (She was addressing the 1960s Brazilian threat of social democracy and its termination by a U.S.-supported counter-revolution and military dictatorship.) Add to this the search by the vested interests of the military-industrial-complex for missions to justify budget increases, and the mainstream media’s full cooperation in this search, and we have a frightening reality.

In reality, the fake-paranoid giant has had to struggle valiantly to produce more or less credible threats, especially with the fall of the “Evil Empire,” which this country had long been allegedly “containing.” Thank goodness that after relatively brief spurts of attention to narco-terrorism and then Saddam’s threatening weapons of mass destruction, Islamic terrorism came virtually out of nowhere to provide a successor threat, no doubt produced by hostility to U.S. freedoms and the Islamic world’s unwillingness to allow Israel to find a negotiating partner and peaceably settle any disputes with the Palestinians.

But in addition to maintaining the killing and associated arms business at a high level, the United States has become a large-scale manufacturer of failed states. By a failed state I mean one that has been crushed militarily or rendered unmanageable by political and/or economic destabilization and a resultant chaos and is unable (or is not permitted) for long periods to recover and take care of its citizens’ needs. Of course, the United States has been such a manufacturer for a long time, as in the cases of Haiti, the Dominican Republic, El Salvador, Guatemala and those Indochinese states where killing was so good. But we have seen a dramatic resurgence in more recent times, some of it more or less peaceful, as in the cases of post-Soviet Russia and several of the Eastern European states, where income declines and sharply increased mortality rates resulted from “shock therapy” and Western-assisted but partly locally organized and supported elite semi-legal grand larceny (i.e., privatization under exceptionally corrupt conditions).

But there has been a fresh stream of failed states brought about by U.S. and NATO “humanitarian intervention” and regime change, carried out more aggressively in the wake of the death of the Soviet Union (and thus the end of an important if limited force of “containment”). Humanitarian intervention in Yugoslavia has been a model, with Bosnia, Serbia and Kosovo turned into failed states, several other weaklings broken out, all of them Western clients or supplicants, plus a huge U.S. military base in Kosovo, with this package replacing one formerly independent social democratic state. This demonstration of the merits of imperial intervention set the stage for further failed-state manufacturing efforts in Afghanistan, Pakistan, Somalia, Iraq, the Democratic Republic of Congo, and Libya, with a similar program well advanced today in Syria and one obviously in process for some years in the Free World’s treatment of a threatening Iran, following its happy relationship with the Western-imposed Shah dictatorship.

These manufactured failures have often had common features that show them to be a product of imperial policy and the projection of imperial power. One frequent feature is the rise and/or recognition of ethnic group rebels who claim victimhood, fight their government with terroristic acts, sometimes designed to provoke a violent government response, and who regularly appeal to the imperial powers to come to their aid. Sometimes foreign mercenaries are imported to aid the rebels, and both the indigenous rebels and mercenaries are often armed, trained and given logistical support by the imperial powers. The imperial powers encourage these rebel efforts as they find them useful to justify destabilizing, bombing, and eventually overthrowing the target regime.

This process was evident throughout the period of the dismantlement of Yugoslavia and creation of the resultant set of failed states. The NATO powers wanted Yugoslavia taken apart and the Republic of Serbia, its largest and most independent component, crushed. They encouraged nationalist elements within the other Republics to rebel, and all of these recognized that NATO would support and eventually go to war for them. This made for prolonged warfare and ethnic cleansing, but did eventually succeed in the destruction of Yugoslavia and creation of the residual failed states . Amusingly, Al Qaeda elements and mercenaries were imported into both Bosnia and Kosovo to help fight the target Republic (Serbia), with the knowledge and cooperation of the Clinton administration, as well as Iran . Al Qaeda was also one of the constituents of the freedom fighters engaged in the Libyan campaign, and is now admitted even if a little belatedly in the New York Times to be a factor in the Syria regime-change program . And, of course, it was a centerpiece in the regime change in Afghanistan and basis of the “blowback” of 9/11 (Bin Laden having been an important Saudi-US.-sponsored rebel, subsequently abandoned by those sponsors, and later attacking, demonized, and killed by them).

These programs always involve serious “atrocities management,” whereby the government under attack is accused of major acts of violence against the rebels and their supporters, and is by this process effectively demonized and set up for more massive intervention. This was very important in the Yugoslav breakup wars, and possibly even more so in Libya and Syria. The process is greatly helped by the mobilization of international agencies, which participate in the demonization by denouncing the atrocities and sometimes indicting and prosecuting the targeted villains. In the case of Yugoslavia, the UN-established International Criminal Tribunal for the Former Yugoslavia (ICTY) worked hand-in-glove with the NATO powers in setting up the Serb leadership for prosecution and justifying any action the US and NATO wanted to take. In a beautiful illustration of the process, the ICTY prosecutor indicted Milosevic in May 1999 just as NATO turned to deliberately bombing Serb civilian facilities to hasten Serbian surrender, although these were war crimes and carried out under a UN Charter violation. But they diverted world attention from the unpleasant and illegal NATO behavior to the charges against the demonized Milosevic.

Similarly, with NATO eager to attack Libya, the prosecutor at the International Criminal Court quickly indicted Muammar Gaddafi without even having conducted any independent investigation, and with an established prosecutor record of never having indicted anybody except Africans who were not Western clients. This kind of “juridical management” is invaluable to the imperial powers and feeds well into the advance of regime change and the manufacture of failed states.

There are also purportedly independent human rights groups and “democracy promotion” entities like Human Rights Watch, the International Crisis Group, and the Open Society Institute that regularly get on the imperial bandwagon by featuring the violence of the targeted regime and its leaders. This also feeds into the mainstream media, the entire set providing the moral environment for more aggressive intervention on behalf of the victims.

This is helped still further by the fact that the atrocity claims and pictures of grieving widows and refugees, the seemingly compelling evidence on atrocities, and an establishment consensus on the “responsibility to protect” the victim populations, also affect liberal and left elements in the West, causing some to join the mainstream throng in denouncing the targeted regime and demanding humanitarian intervention, and many others to lapse into silence because of confusion and an unwillingness to be accused of “supporting the dictators.” The argument of the interventionists is that while we may seem to be supporting an expanding imperialism, exceptions must be made where exceptionally bad things are happening and the home public is aroused and wants action, but we may show our progressive credentials by trying to micro-manage and contain the imperial attack, as in insisting on adherence to a no-fly zone intervention in Libya

There is a good case to be made that the United States itself is a failed or failing state. It obviously has not been crushed militarily by any foreign power, but its underlying population has been hugely damaged by its own permanent war system. In this case the military elite, with its contractor, banker, political, media and intellectual allies has greatly enlarged poverty and mass distress, shriveled the public services, and impoverished the country, making it impossible for the hamstrung and compromised leadership to properly service its ordinary citizens, despite steadily rising per capita productivity and GDP. The surpluses are drained into the war system and the consumption and ownership of a small minority, who, in what Steven Pinker in The Better Angels of Our Nature calls the era of “recivilization,” are aggressively striving to go beyond mere surplus monopolization to transfers from the incomes, wealth and public claims of the great (and struggling) majority. As a failed state as well as in other ways the United States is surely an exceptional nation! 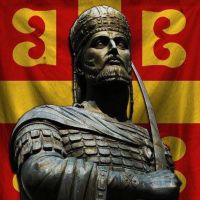